Page Under Construction Check Back Later 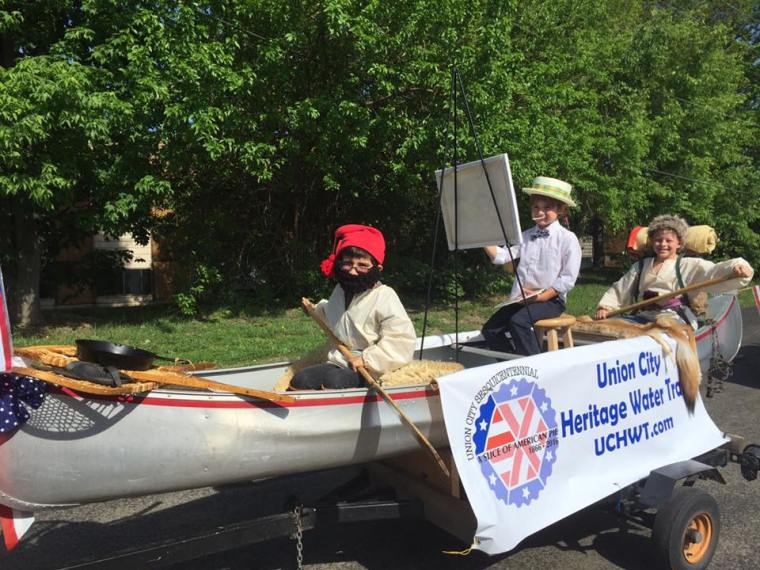 Dressed as a French voyageur, Johnny Olmsted, age 8, paddles the stern of the Heritage Water Trail canoe during Union City’s Memorial Day parade. French voyageurs plied the full length of the St. Joe, which runs through the village, during the 1600 and 1700s in their exploration of the continent. Johnny is the seventh generation of the Olmsteds who were one of the earliest settlers arriving in Goodwinsville around 1830. Goodwinsville became Union City in 1866. His bowman, Kenny Case, age 7, is from a seven generation Burlington family. They are transporting Nolan Chard, age 6, who portrays his great, great, great, great, grandfather, JP Palmer. Palmer was a world renowned late 1800s painter who preferred the simple life in Union City and painted hundreds of local river scenes now highly prized by collectors. Union City will cut the ribbon on its five mile, twenty-eight site Heritage Water Trail on July 3rd as part of a 3 day Sesquicentennial Free Fest. For more on the water trail visit UCHWT.com.